May 4, 1999: IFCO/Pastors for Peace 9th Friendshipment Caravan to Cuba

This Caravan was dedicated to Cuba's doctors and nurses. 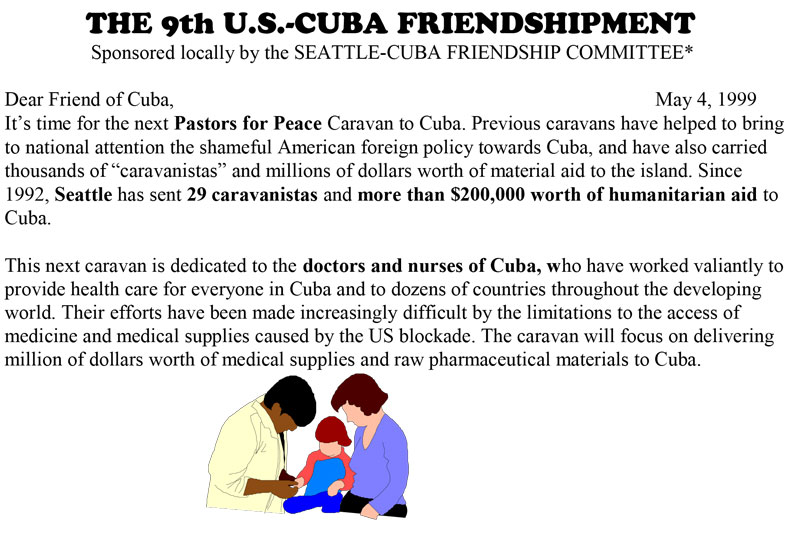 We collected and sent more computers to ACLIFIM, the Cuban national organization for the disabled (Associacion Cubana de Limitados Físico-Motores) for thr their expanding computer network.
Pedro Valdez packs donations to send on the Caravan. 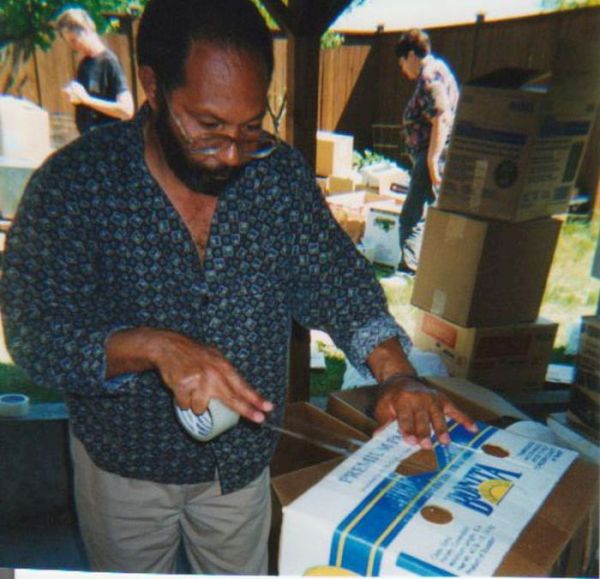 After a recent trip to Cuba to explore the needs of the veterinary community, Naomi Bierman, a Seattle veterinarian, is organizing the first shipment of material aid to the veterinarians of Cuba. In a cooperative effort to increase food production, support sustainable agriculture, assist in environmental protection, and diminish the effects of animal diseases on people, livestock and companion animals, the Cuban vets welcome any assistance we can provide.

On May 30th, we co-sponsored a border-crossing event at the US/Canada border crossing Peace Arch Park. Canadian Caravan participants, along with the material aid they were carrying for Cuba, were able to enter the Unites States, and we made it a public event to celebrate and publicize their entry. 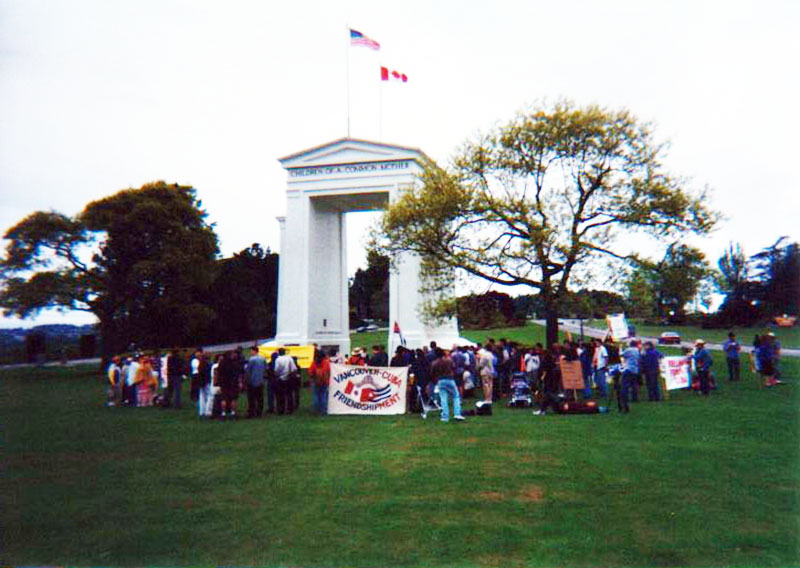 Doug Barnes of Seattle and Peggy Valdes of IFCO/Pastors for Peace at the U.S. Customs border office. 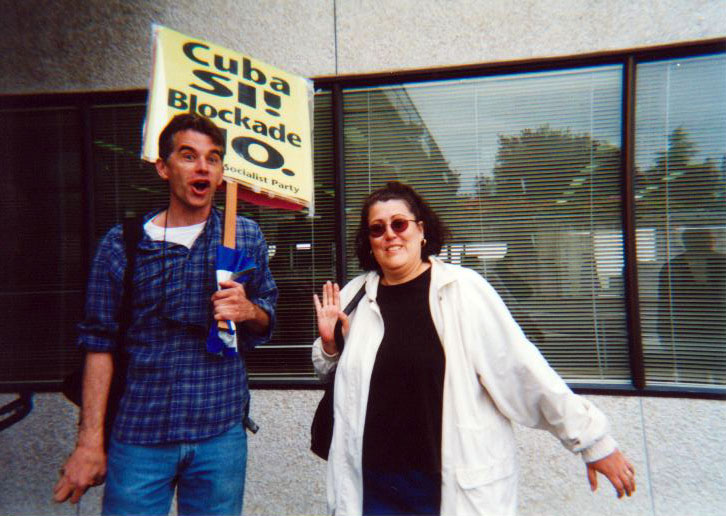 After a night in Seattle, the caravan drove south and eventually joined 10 different US Caravan routes who all converged in McAllen, Texas. On June 15 they successfully crossed the border into Mexico, drove to Tampico, Mexico, and flew to Cuba for a weeklong program. 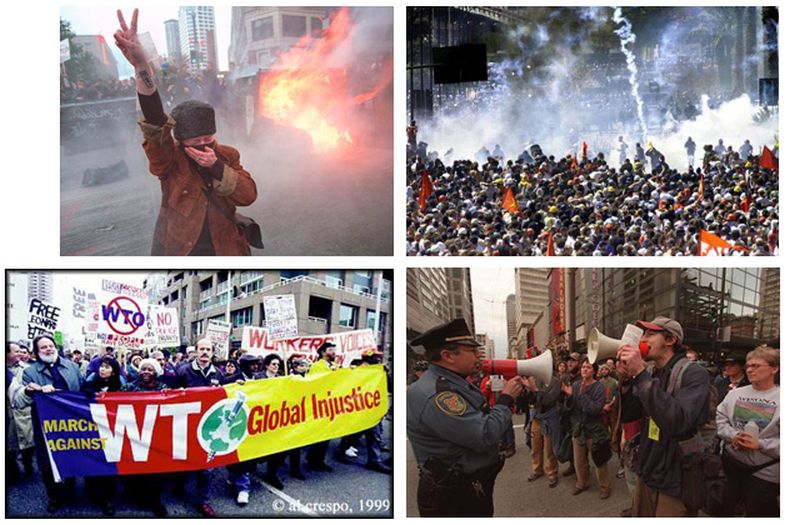 In late 1999, Cuban President Fidel Castro announced his intention to come to the United States and speak at the conference. The prospect of Fidel addressing this very important forum for global capitalism was an exciting development. The Cuban government approached our committee and asked if we would assist a preliminary Cuban diplonatic team in laying groundwork for Fidel's proposed visit. We enthusiastically accepted and in November we chauffeured the Cuban diplomats around Seattle while they inspected hotels and speaking venues. We helped to arrange a public speaking event at the New Hope Missionary Baptist Church, an important Seattle African-American church in Seattle's Central District.

Unfortunately, right-wing Cuban-American terrorist groups began issuing death threats against the Cuban president and so he canceled his visit to Seatle. However, we did host a public speaking event at the New Hope Church headlined by the Cuban Foreign Minister, Felipe Pérez Roque. This successful event capped our year of hard work as a committee.

After the WTO Ministerial meetings ended, the Seattle/Cuba Friendship Committee co-sponsored a national conference of Cuba solidarity organizations that was also attended by some Cuban delegates to the just-concluded WTO meetings. 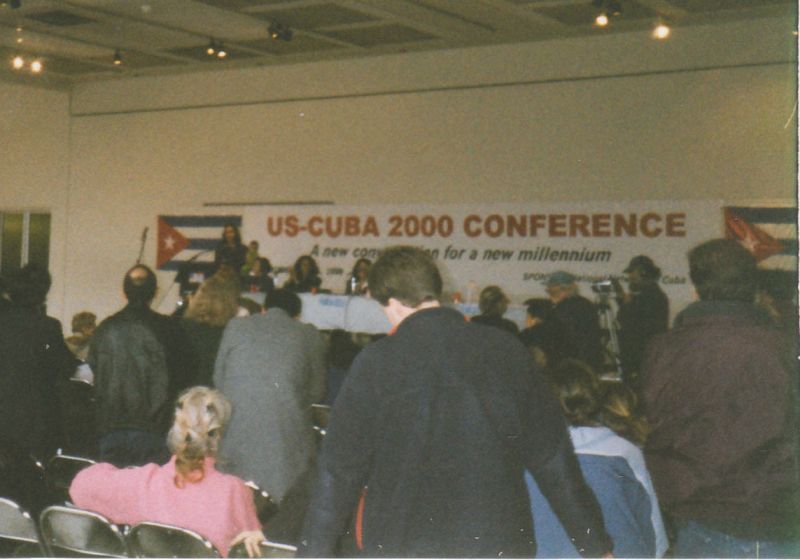